A cookie is information stored on your computer by a website you visit. Cookies often store your settings for a website, such as your preferred language or location. This allows the site to present you with information customized to fit your needs. As per the GDPR law, companies need to get your explicit approval to collect your data. Some of these cookies are ‘strictly necessary’ to provide the basic functions of the website and can not be turned off, while others if present, have the option of being turned off. Learn more about our Privacy and Cookie policies. These can be managed also from our cookie policy page.

IE10 and below are not supported.

Visitors have been welcomed in the Lake Louise area since the late 1800s, with skiing shaping Lake Louise and Canadian culture since the 1920s. The first commercial ski lodge in Canada – Skoki Lodge, some 11 kilometres into the backcountry – was established in 1931. In 1938, Temple Lodge was constructed for ski mountaineers at the base of Lipalian Mountain. By the winter of 1952, a rope tow lift was installed on the slope above, called ‘prunepickers,’ which a Poma lift replaced two seasons later. By 1957, there was a gondola on Whitehorn Mountain to take guests to the peak from the front valley. During the next decade, lifts and skier amenities were added to both areas, with each side still operating independently, until the two amalgamated in 1971.

Today, the Lake Louise Ski Area is a natural playground, showcasing unparalleled scenery and terrain in all four seasons, and featuring activities inspired by and complementing the National Park setting. Our Long-Range Plan is focused on enhancing our capacity to welcome National Park visitors while minimizing our impact on the environment. To do that, we propose a plan that significantly reduces our footprint. The leasehold will be reduced by 50 per cent, while the addition of two winter-only Licenses of Occupation will reduce ski terrain by 30 per cent. 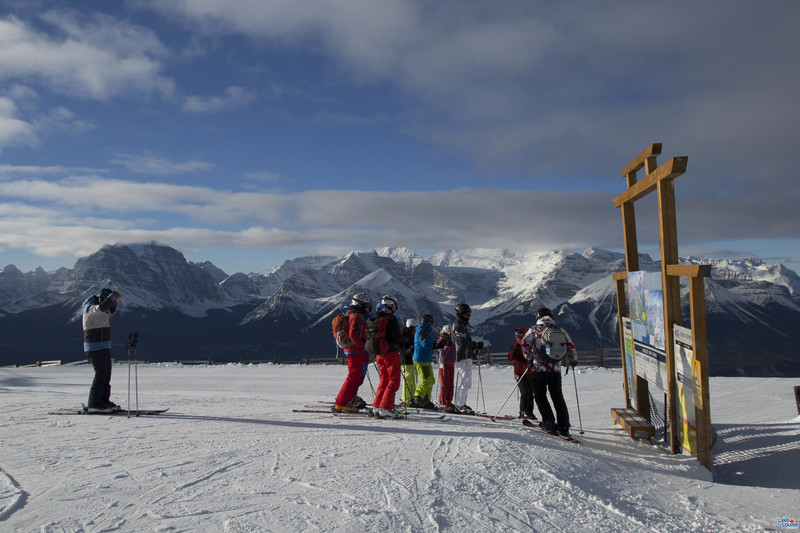 The proposed boundary changes involve removing an ecologically significant portion of our lease hold to benefit wildlife and wildlife connectivity. These lands along the eastern side would be returned to Parks Canada’s control as designated wilderness lands under the Canada National Parks Act. This area is approximately equal to the size of the town of Banff. In exchange, the LLSA will be granted winter use of Hidden Bowl (179.6 hectares) and West Bowl (194.5 hectares) through seasonal Licenses of Occupation. Although no development is planned for West Bowl, it is currently skied. It would be added as a License of Occupation for avalanche control purposes and to ensure safer egress. Hidden Bowl projects are not being advanced as part of this Long-Range Plan.

The end result is that we will make better use of a smaller footprint for operational activities that will allow us to realize modest, balanced growth in visitation over the next 10 to 15 years in exchange for significant environmental gains.

A map of the proposed Lake Louise Ski Area Lease and License of Occupation Changes can be downloaded here. 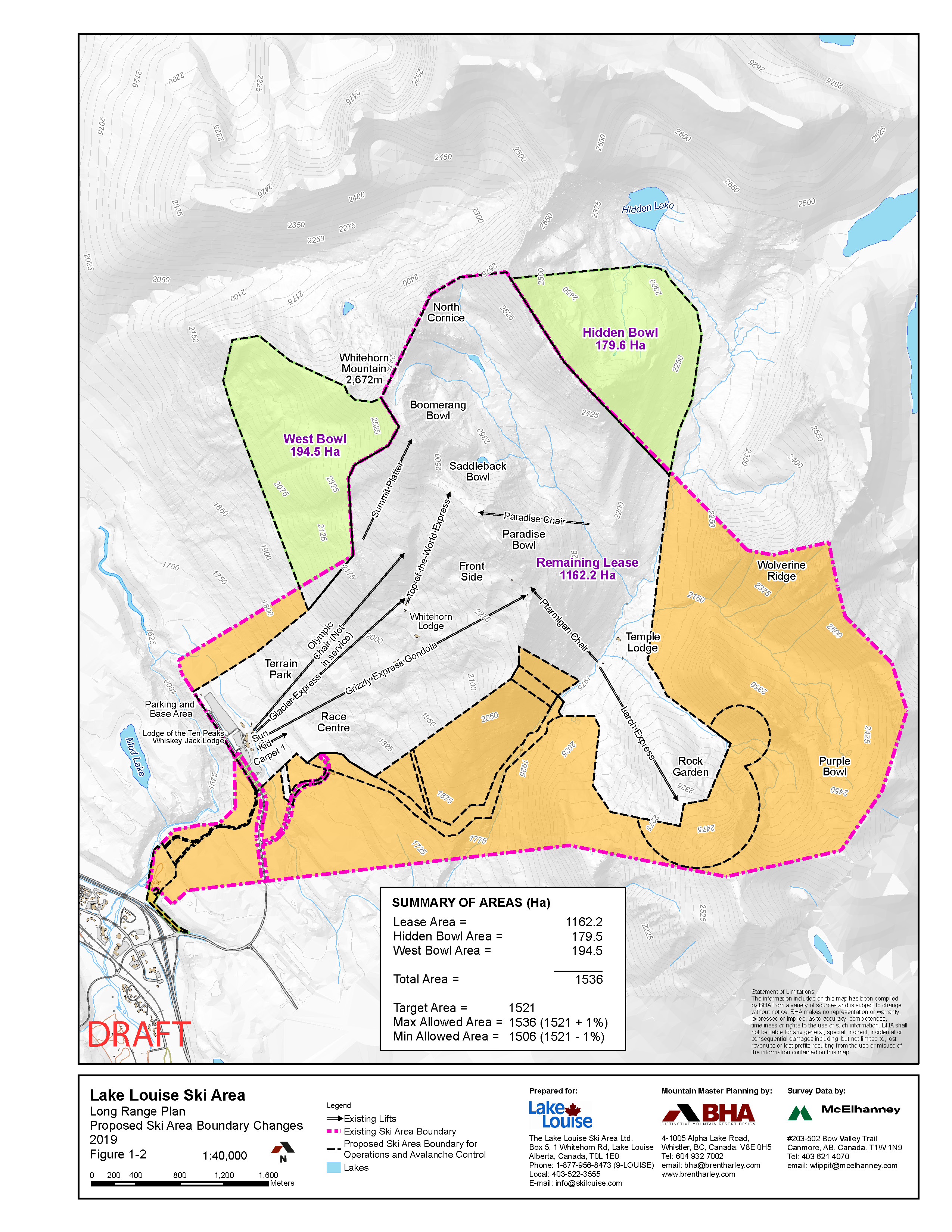